Scheck Hillel Community School’s Jordan Alexander Ressler Arts Program brings to life Roald Dahl's "James and the Giant Peach" for the whole family to enjoy! The student cast and crew takes audiences on the magical journey of a boy and his insect friends across the ocean on a giant piece of fruit.

Purchase your family’s tickets at eHillel.org/boxoffice($10/ticket).

When James is sent by his conniving aunts to chop down their old fruit tree, he discovers a magic potion that results in a tremendous peach...and launches a journey of enormous proportions. Suddenly, James finds himself in the center of the gigantic peach – among human-sized insects with equally oversized personalities – but, after it falls from the tree and rolls into the ocean, the group faces hunger, sharks and plenty of disagreements. Thanks to James' quick wit and creative thinking, the residents learn to live and work together as a family. The dangerous voyage is a success, but the adventure takes a whole new twist once they land on the Empire State Building.

Directed by Anthony Campisi with musical direction by award-winning Emmanuel Schvartzman and choreography by Justine Rosales.

Anthony Campisi has an impressive trajectory in musicals, as music director/director of more than 100 musicals in South Florida. He has worked with Actors’ Playhouse, Broadway Musical Theatre, Miami Children’s Theatre, Belen Jesuit Preparatory, The Alliance Theatre (Atlanta), Rising Starz, Evening Star Productions, Slow Burn Theatre, among others. Emmanuel Schvartzman is a two-time Carbonell Award winner. He was part of the original team for the Gloria Estefan Broadway musical “On Your Feet!” (Chicago and Broadway) and Music Director/Supervisor/Arranger for Off-Broadway’s “Real Men: The Musical”. In 2016, he was the Music Director/Conductor for the world premiere of “Carmen La Cubana” at the Théâtre du Châtelet in Paris and was the music director for “Rent” in Havana, Cuba: the first Broadway show there in more than 50 years. Choreography credits for Justine Rosales include "25th Annual...Spelling Bee" (Monomoy Theatre Company), "Anything Goes" (Dance Creations Dance Academy), "Dark of the Moon" and "Baby Case (A New Musical)” (The Hartt School), "The Aristocats Jr." (Roxy Theatre Group) and "Rent" (RK18).

Jordan Alexander Ressler, z”l, chased his dreams and made them come true. Guided by his passion for life and love for the arts, he launched a successful career in film and theatre after graduating from Cornell University. Credits included original productions of “Billy Crystal’s 700 Sundays” and “Jersey Boys,” both of which moved to Broadway. Sadly, Jordan passed away in a tragic accident in 2004 when he was only 23 years old. In 2007, his family created the Jordan Alexander Ressler Arts Program at Scheck Hillel Community School to seed a legacy of children inspired to discover their own talents, ignite their own passions and chase their own dreams. This year, the school proudly celebrates the endowment’s 10-year anniversary. 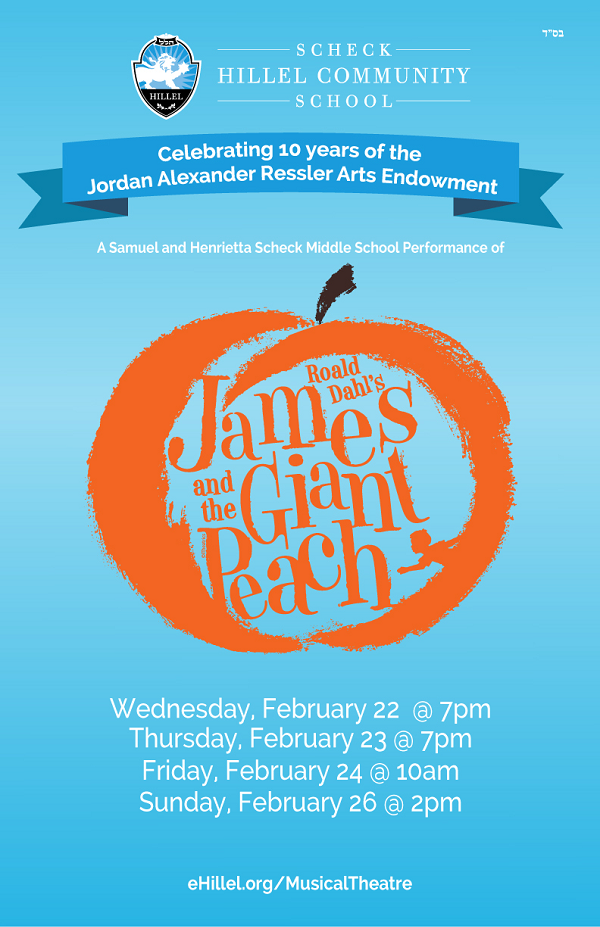